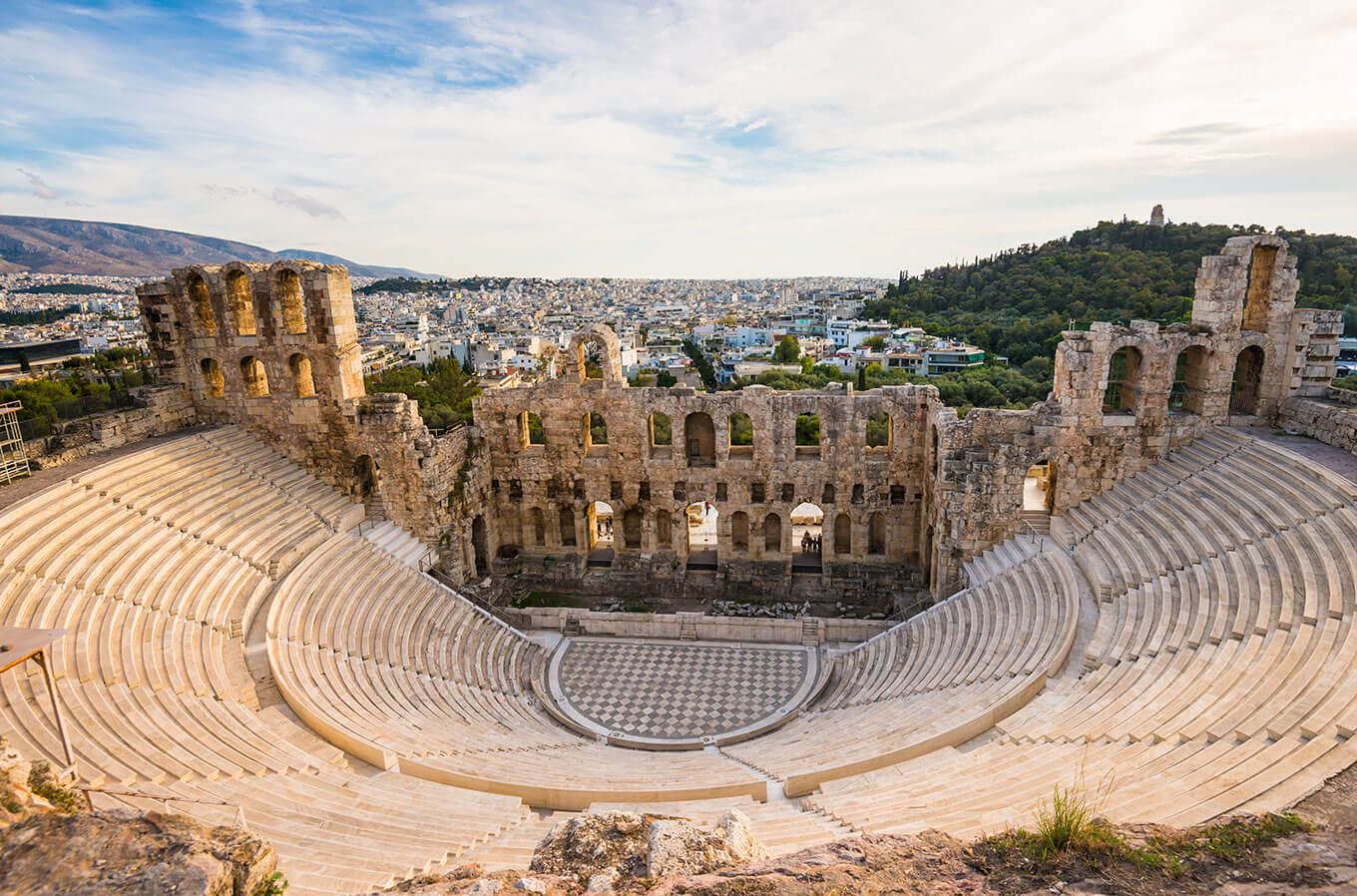 Built between 160AD- 174AD, the ancient theater of Odeon of Herodes Atticus- known as the “Herodeon”- is an imposing Roman Odeon right beneath the slopes of the Acropolis. Its distinctive Roman arches and three-story stage building were originally covered by a wooden roof. However, today it is an open-air theater with a beautiful marble auditorium facing a semi-circle orchestra paved with black and white marble. Even though the original structure was destroyed, thanks to restorations, the historic site has been continually used as a venue for events and performances.
Today, the large stage proudly hosts opera, theater, music and dance productions organized every year by the Athens & Epidaurus Festival. During the summer months, an audience of approximately 4,800 people enjoy magical evenings beneath the grandeur of the Acropolis. Over the years, the voice of a young Maria Callas has echoed up into the skies, majestic ballet dancers have awed spectators and timeless Greek tragedies have been reborn on stage. Witnessing a performance in this historic theatre is an exciting experience you shall cherish forever.