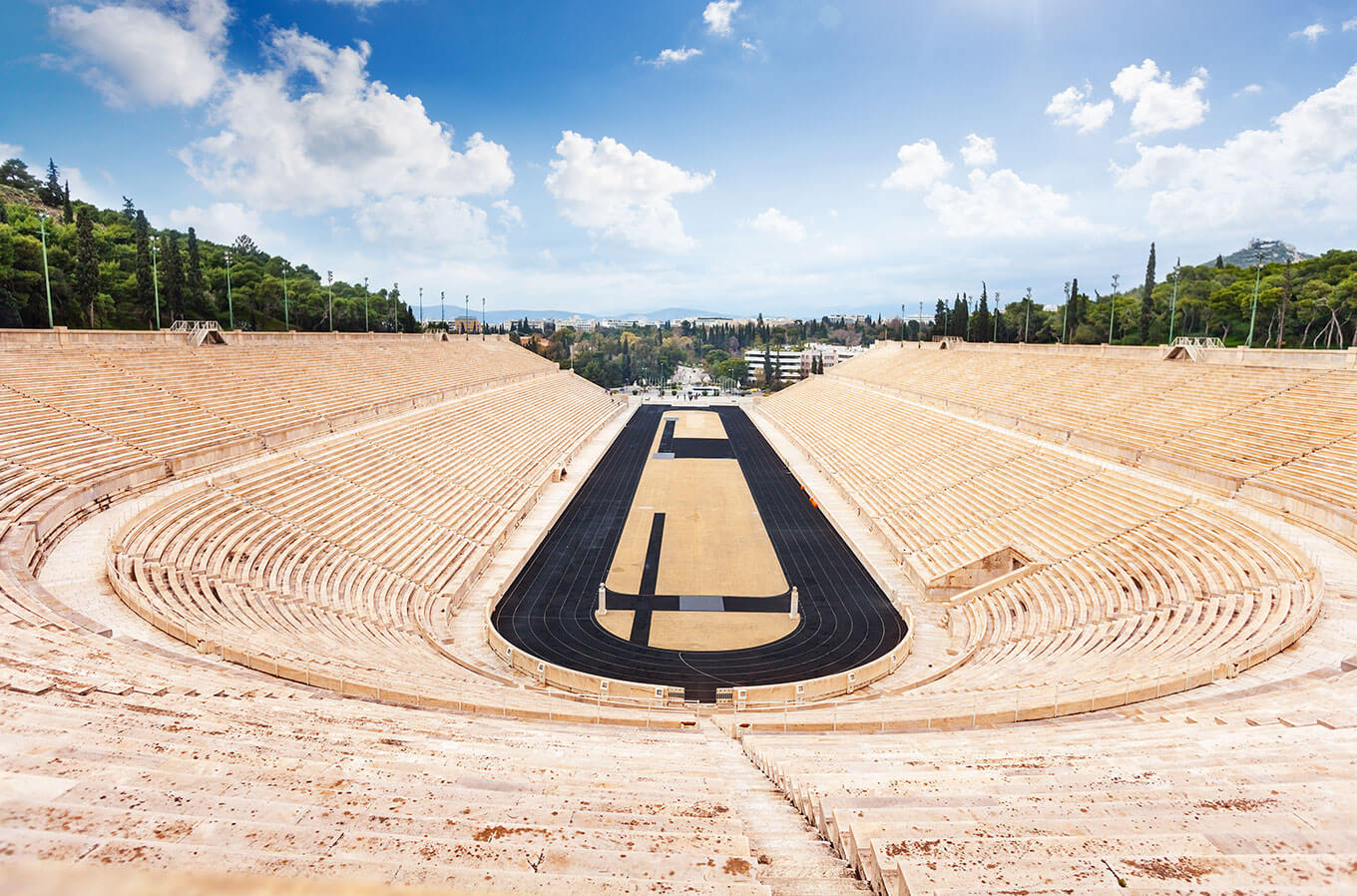 Τhe remarkable Panathenaic Stadium or “Kallimarmaro” (which means beautiful marble) is one of Athens’ most important and popular attractions. Located in the city center amidst pine-covered hills, it is a historic site that carries the Olympic spirit. During ancient times the stadium hosted games in which nude athletes competed (the so-called “gymnikoi agones”). Today, it is the finishing line for the annual Authentic Athens Marathon.
It is the only stadium worldwide built entirely out of marble and was the home of the first modern Olympic Games, held in 1896. During the 2004 Summer Olympics the stadium was refurbished to host the archery competition. Even today, a ceremony takes place to welcome the Olympic flame that travels from ancient Olympia. The flame is then delivered to the country hosting the Olympics. Also, many significant musical, cultural and sports events take place in the Stadium for an audience of 50,000 people. Immerse yourself in the stadium’s ambiance and embrace its everlasting radiance.